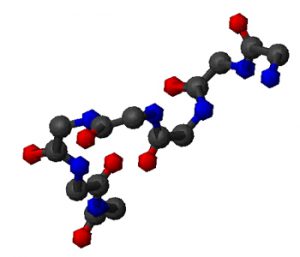 A moonlighting protein is a single protein that has multiple functions that are not due to gene fusions, multiple RNA splice variants or multiple proteolytic fragments. Moonlighting proteins do not include families of homologous proteins if the different functions are performed by different proteins in the protein family. They also do not include proteins that have multiple cellular roles but use the same biochemical function in each role. A single protein with multiple functions might seem surprising, but there are actually more than 100 examples of proteins that ‘moonlight’. The variety of functions, methods to switch between functions, ways they might benefit the organism, and proposed methods of evolving a second function suggest that many more moonlighting proteins are likely to be found.

Characterization of a novel protein generally involves finding a function for a protein, but it does not necessarily include a search for all possible additional functions of a protein. Most moonlighting functions have been found by chance, and there is not currently a good method for predicting which proteins moonlight. In addition, moonlighting functions are often not conserved among protein homologues. This database provides a centralized, web-based location to organize information about moonlighting proteins for which there is biochemical and/or biophysical evidence of both functions being performed by the same protein.